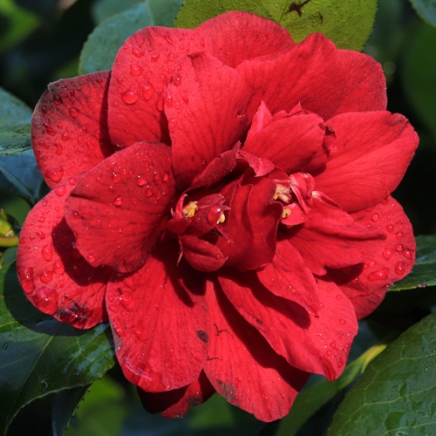 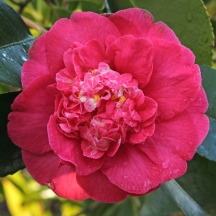 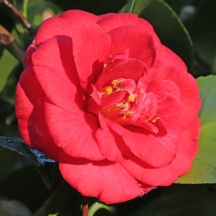 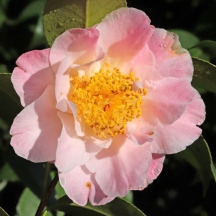 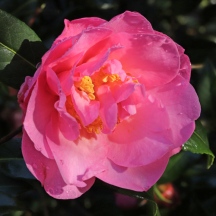 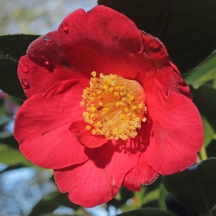 The RHS Early Camellia Competition takes place at Rosemoor this coming weekend so I was interested to see whether there was anything at Mt Edgcumbe to suggest that anyone might have blooms to exhibit. I didn’t find any that were really show quality but at least there were a few putting on a bit of a show. I even managed a bit of sunshine for most of the pictures.

Provided we don’t get a repetition of last week’s horrors, they will bounce back quickly and in a week or two be looking really good.

Here is one that won’t be looking good in a week’s time. ‘Jitsugetsusei’ was a big bush in the singles section and sadly it has broken off at ground level. A classic Higo variety, it had masses of flowers on it, most ruined by the frost. There are some shoots coming up from where the main trunk broke which appear to be the variety, not a rootstock, so with luck it will be back in years to come. A young plant of it was planted in Area 3B in 2016, so it is at least secure in the collection. 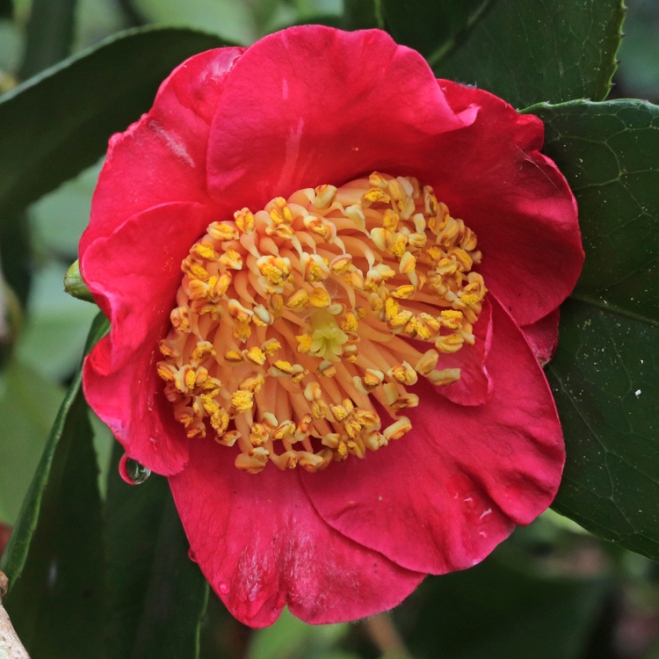 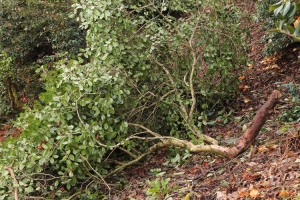 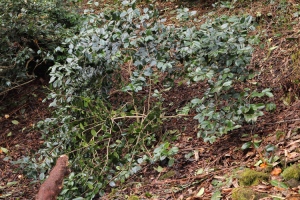 Further down I encountered devastation on a much greater scale. At the top of the Amphitheatre, last Thursdays wind had brought down a number of trees, one a very tall Nothofagus dombeyi which crashed through the Japanese section 3C. It won’t be possible to see the full extent of the damage until the tree has been cleared but I would expect four or five plants to have suffered serious damage. 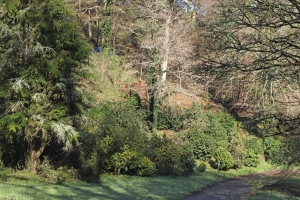 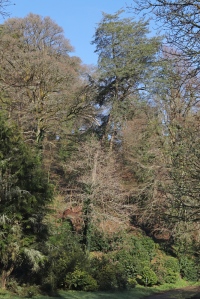 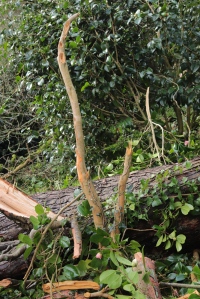 In the first picture you at first see nothing but look closely and the root of the fallen tree is in the centre of the picture with the top of it just reaching the conifer on the left. In the middle picture the towering evergreen tree in the centre is the second of the pair of Nothofagus dombeyi, planted no more than ten feet apart and leaning as much and in the same direction as the one that fell.

The last picture is what is left of Camellia ‘The Mikado’. As ghastly as it looks, it will eventually recover. My greatest concern is for ‘Takayama’, which is directly under the trunk out of picture to the right. It is the only one in the collection and is a beautiful variety.

In a few months time I shall look at the title I have given this piece and wonder what it’s about. The beast from the east found its way in to some usually fairly sheltered places and wreaked havoc.

Some of my volunteer days are uplifting, some are heartbreaking; today was one of the latter.