The Presentation Area was the first part of the collection to be planted and is the last part to receive my attention. It was planted, or at least started, on 7th April 1976, so it will soon be 44 years old. I don’t have a definitive list of what was planted initially but the impression I get is that almost all of the plants there now are originals.

I didn’t have a plan of the area so have drawn a new one which I will put in the page for the section in due course. It is in the formal gardens, backing onto the recently created apiary. It is not a big area, being roughly 30m long by 5m wide, and contains 67 plants. That works out at an average of 1.5m spacing, which must have seemed quite adequate at the time but looks very crowded now.

It later transpired that they had homed in on almost the only outcrop of limestone in the county of Cornwall on which to locate the planting, perhaps accounting for the modest growth the plants have made. It is perhaps surprising that they have done as well as they have and have survived so long.

The planting was done as part of the International Camellia Society’s conference program in 1976 and in his write-up of this part of it in the ICS bulletin of November 1976, Robin Miller has this to say:

“We attended the ceremonial plantings, a pleasantly international affair with spades wielded by Milton Brown from the U.S.A., Monsieur Andre Baumann from France, Lady Mount Edgcumbe, William Kemp for the Middle Georgia Camellia Society, Les Jury from
New Zealand, the Chairman of Cornwall County Council and the Joint Park
Committee, the deputy Lord Mayor of Plymouth and, most appropriately of all, by
David Trehane himself, planting one of a group of Camellia ‘E. G. Waterhouse'”

In a further piece in the same publication, David Trehane adds:

“Lady Mount Edgcumbe planted ‘Inspiration’ (the planting being her idea!); the
Chairman of the Parks Committee planted’ Anticipation’ (for obvious reasons); the
Deputy Lord Mayor chose ‘Plymouth Beauty’; the Chairman of the Cornwall County
Council a ‘J. C. Williams’; Milton Brown (U .S.A.) a ‘Little Lavender’; Bill Kemp (for
the American and the Middle Georgia Camellia Societies) a row of ‘Brigadoon’; and
Les Jury (New Zealand) a ‘Grand Jury’.”

There’s a grainy black and white photograph showing a number of white haired gentlemen in smart attire, wielding shiny stainless steel spades to plant what look to be good sized camellias in full flower. 1976 suddenly seems a very long time ago. I remember it well enough for the hot summer and drought, a portent of things to come, though we didn’t realise that at the time.

Some of the plants have engraved labels, some have pencil written tie-on labels, some have no labels. My first task is to verify the accuracy of the labelled plants and to try to identify the rest. This will entail frequent visits through the flowering season, taking photographs and checking the identity against the name. As an overall picture emerges I shall put a set of pictures on the section page. 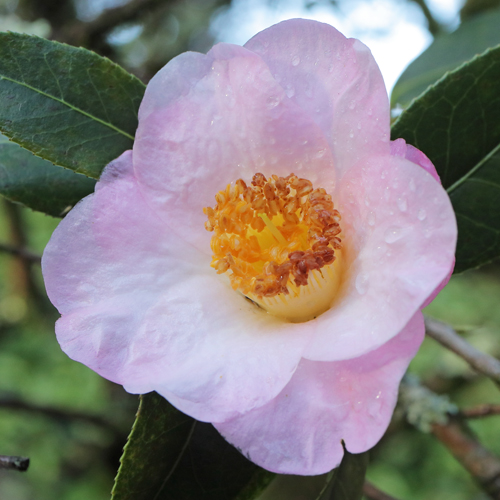 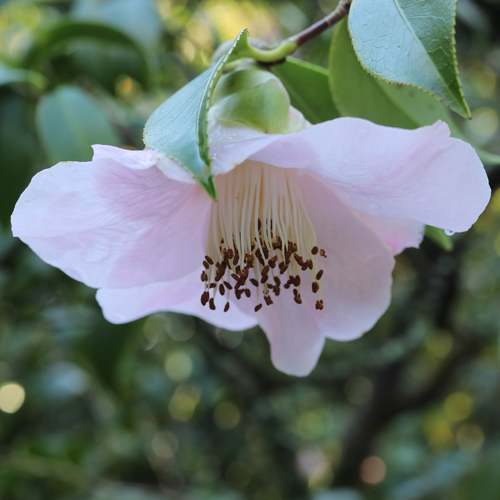 There are two reasons I have put off tackling this section; firstly, it is a long way away from the main collection and secondly, if I’m honest, the varieties in it are not very interesting. Most are early x williamsii varieties, nice enough but in hindsight, way too many similar varieties were named. ‘Donation’ (1941) and ‘Anticipation’ (1962) would have represented a foretaste of how much more potential the meeting of japonica and saluenensis had. 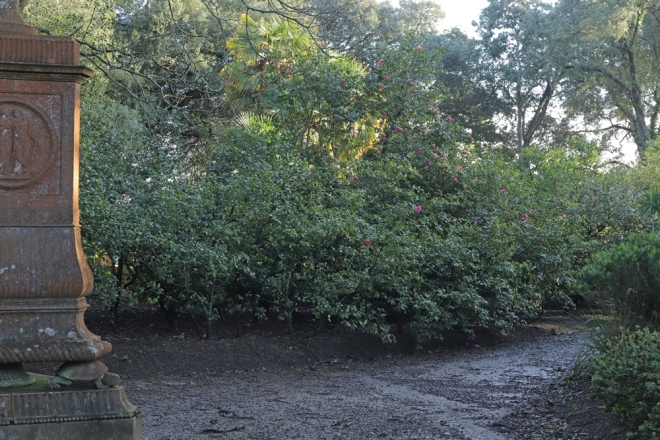