Perhaps NASA could just do a quick whizz by Mt Edgcumbe with their Jupiter probe and see if they can make sense of Jupiter, the camellia variety. They might make more sense than I can.

Oddly enough their probe is called Juno, which is a synonym for Jupiter in the camellia world. Not so very oddly, as Juno was Jupiter’s wife, able to see through the veil of clouds that Jupiter drew around himself to hide his mischief. What a scallywag! Jovian is the adjective that describes things pertaining to Jupiter and from jovian comes jovial.

The camellia now known correctly as ‘Jupiter (Paul)’ was renamed ‘Juno’ as the name Jupiter had already been applied to an earlier variety. In the Mt Edgcumbe collection are three plants labelled ‘Jupiter’ (1G-051, 1G-052 and 4A-026) and two labelled ‘Juno’ (2A-033 & 2A-034). The IG-051 plant is semi-double and easily dismissed as wrongly labelled. I’m still working on what it really is.

I have examined the foliage on the remaining four and have reached the conclusion that 4A-026, 2A-033 & 2A-034 are almost certainly the same but that 1G-052 is different. There are clear differences in both the shape and the glossiness of the leaves. All four plants have typical ‘Jupiter’ flowers. The likelihood is that 1G-052 is incorrect, but it is by no means certain. 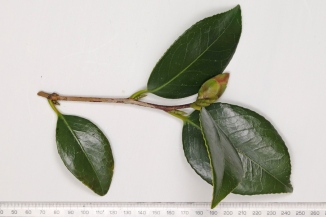 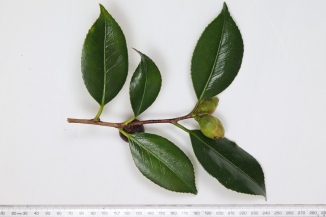 4A-026 Jupiter
It makes you wonder whether someone sowed seed of ‘Jupiter’ and when the seedlings turned out very similar to the parent, passed them on under the same name.

The Nothofagus that came down on Japanese section 3C has been partly cleared now and the news is not good. (Aftermath of the Beast) Six plants have been badly damaged, including the only ‘Takayama’ in the collection. Four more are quite bad and a further seven suffered some damage.  The second of the pair of Nothofagus looms threateningly overhead and is likely to be felled before it falls. I certainly wouldn’t go near it in anything above a light breeze. 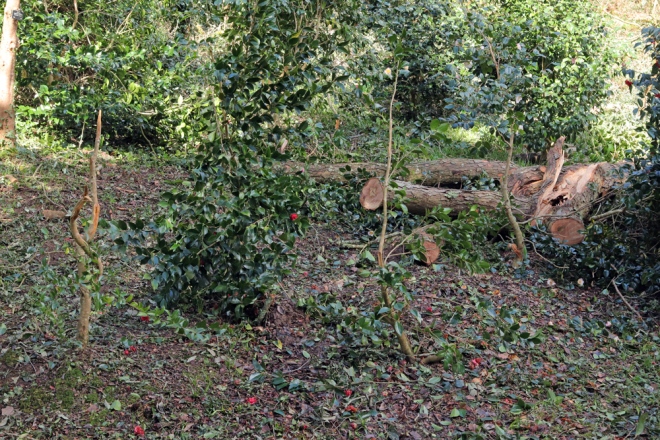 Area 3C has taken a battering. 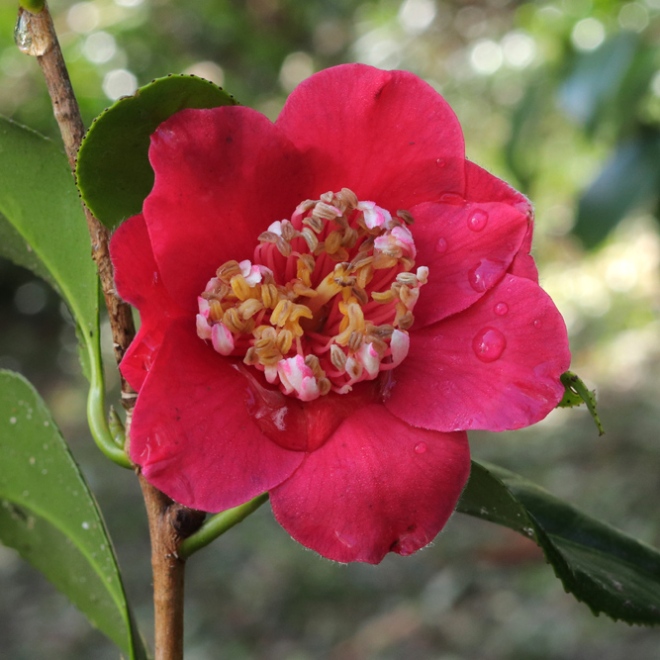 Camellia ‘Takayama’, sadly 75% of the bush is gone, including this bit.

The importance of having two plants of each variety becomes clear when something like this happens but the reality is that there are thousands of varieties not represented at all.