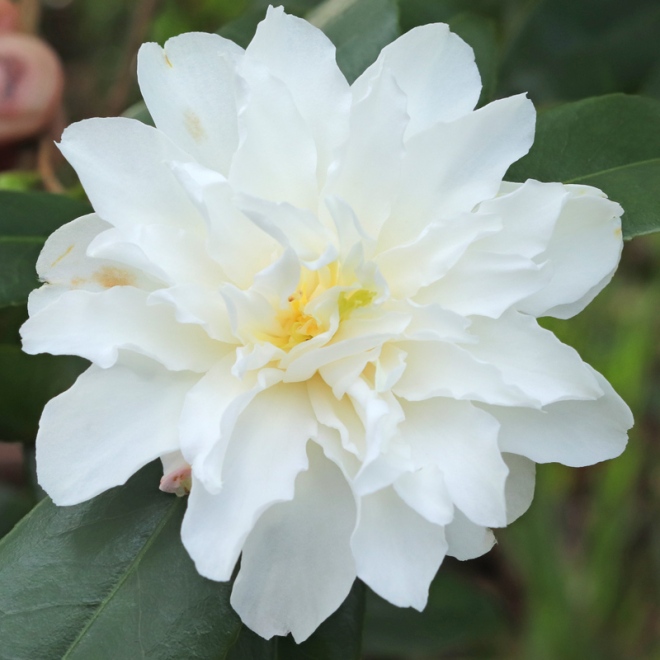 There is not the remotest reason for these two taxa to become confused. I should probably put my hand up and admit my culpability inasmuch as when I was working on a nursery and selling camellias, we had a variety labelled Camellia pitardii which I knew even then to be wrong.

We were buying in young plants from a wholesale grower who specialised in Camellias. We considered her to be highly reliable in respect of quality and accuracy of naming. We bought from her young plants under the name C. pitardii, potted them up, grew them on for a season or two and put them out for sale. In all likelihood plants were sold before any had flowered on the nursery, so we would not have had an opportunity to check. Nor, at the time, was I familiar with Camellia pitardii, so I probably would not have immediately realised it was wrong.

There will have been other Camellia growers who also obtained young plants from the same source and the plant at Mt Edgcumbe is recorded as having come from one of them.

At some point I did realise that it was not C. pitardii but had absolutely no idea what it actually was. When I came across a plant in a private garden with similar flowers I renewed my efforts to identify it. At Mt Edgcumbe there is a plant labelled Camellia x vernalis ‘Dawn’. That name is a synonym for Camellia x vernalis ‘Ginryû’. It looks very similar. I have been comparing the two over the last year and have concluded that they are the same variety, though the plant of ‘Ginryu’ at Mt Edgcumbe and the private garden specimen are virus infected whereas the plant labelled pitardii appears healthy.

Flower size, shape, number of petals are variable on both plants but very similar. Flowering time is the same. Flower buds are the same size and shape with the same light pink flush on the petal reverse.

I would love to have my thoughts on this confirmed by others. I would also love to know where the “C. pitardii” form originates from and how it came to be misnamed. 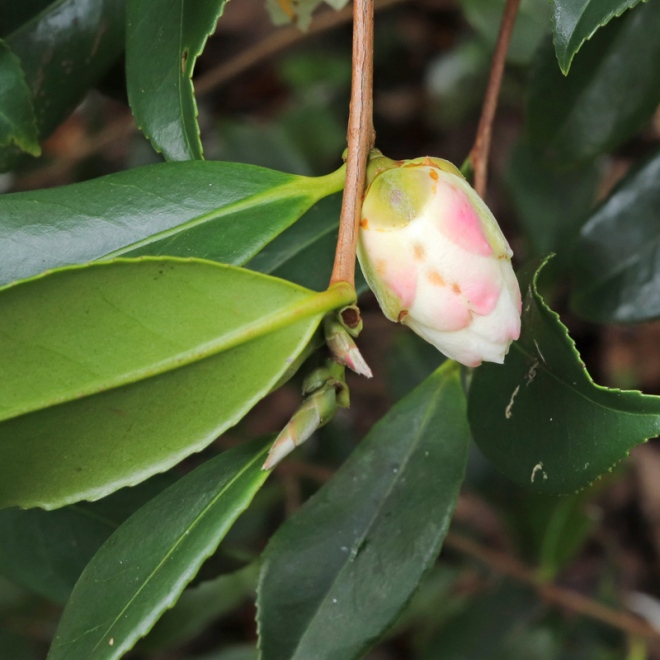 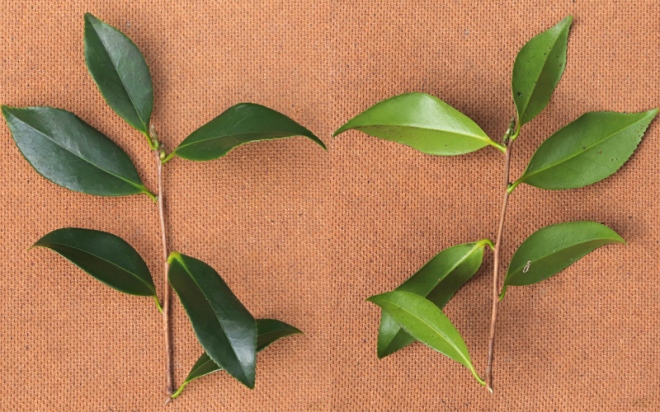 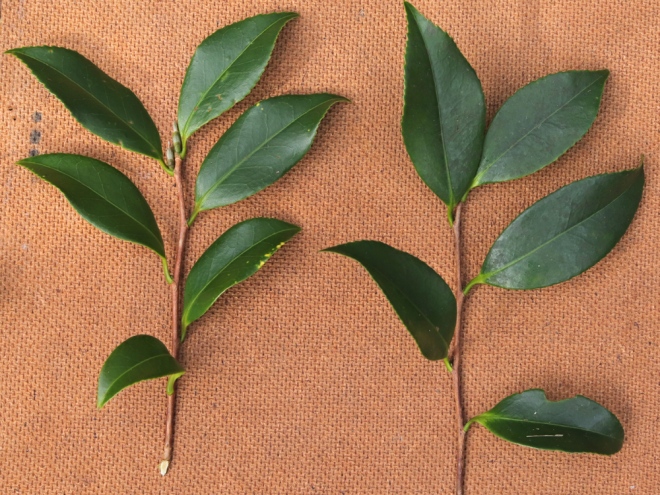 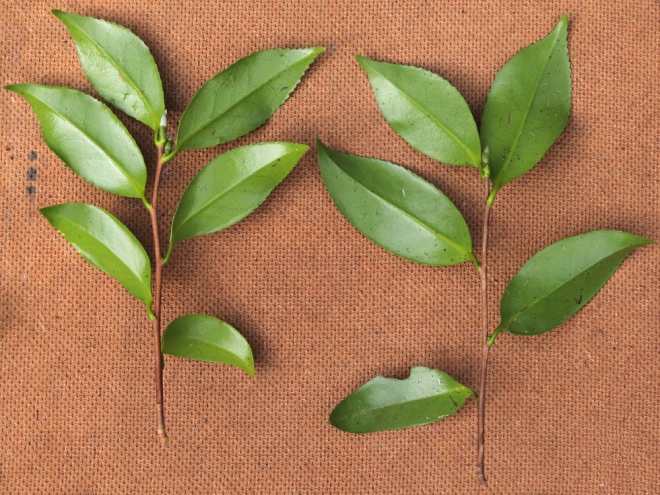